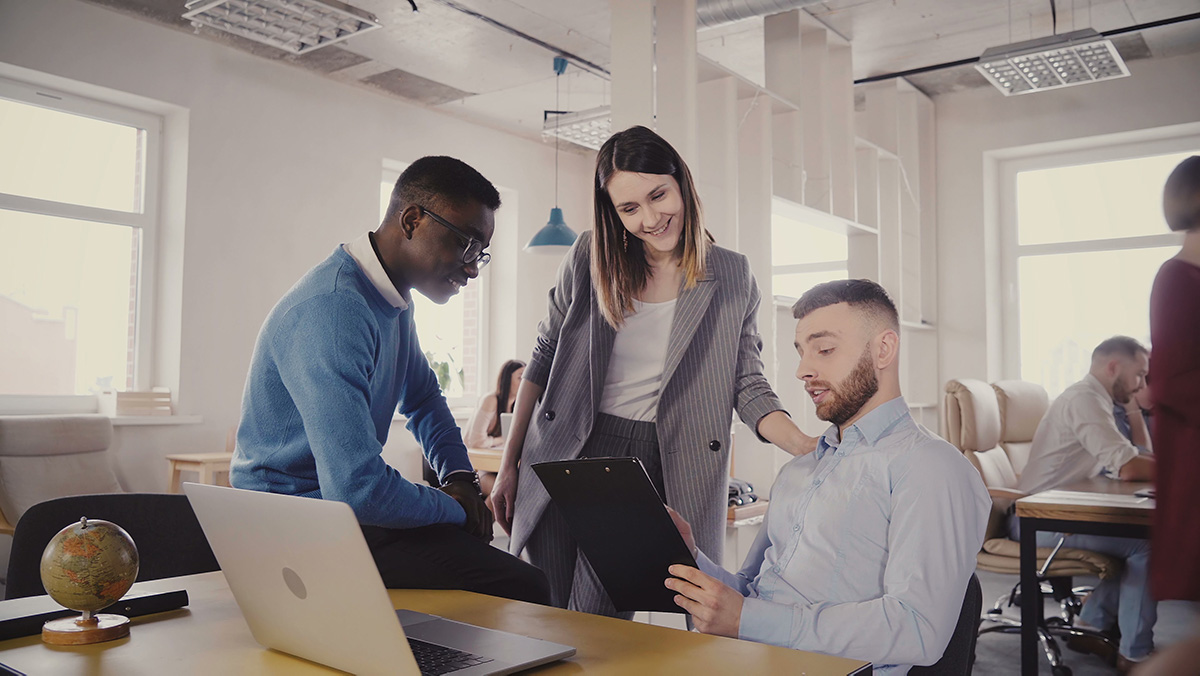 Just a few minutes–and a simple process–could double the likelihood your 360-degree feedback will result in meaningful, sustainable personal change.

Yet, most people fail to follow the 4 simple steps that both increase the effectiveness of the process AND relationships with co-workers.

In a recent DecisionWise multi-national research study, we found that less than one-third of all 360-feedback participants “circle back” with those that provided them with the feedback (their raters). Because of this, as well as other factors, only 34 percent of 360-degree feedback processes typically result in personal change over a period of six months. However, when participants discuss their results with others, that percentage nearly doubles! In fact, the percentage increases to 94 percent when paired with coaching and written action plans.

What is the best way to have these follow-up conversations with others, once an individual has received their 360-degree feedback? How can confidentiality be maintained, while minimizing the risk of defensiveness AND showing others their feedback was heard and valued?

It’s actually quite simple. This whitepaper outlines a four-step process for “circling back” with those providing multi-rater feedback. 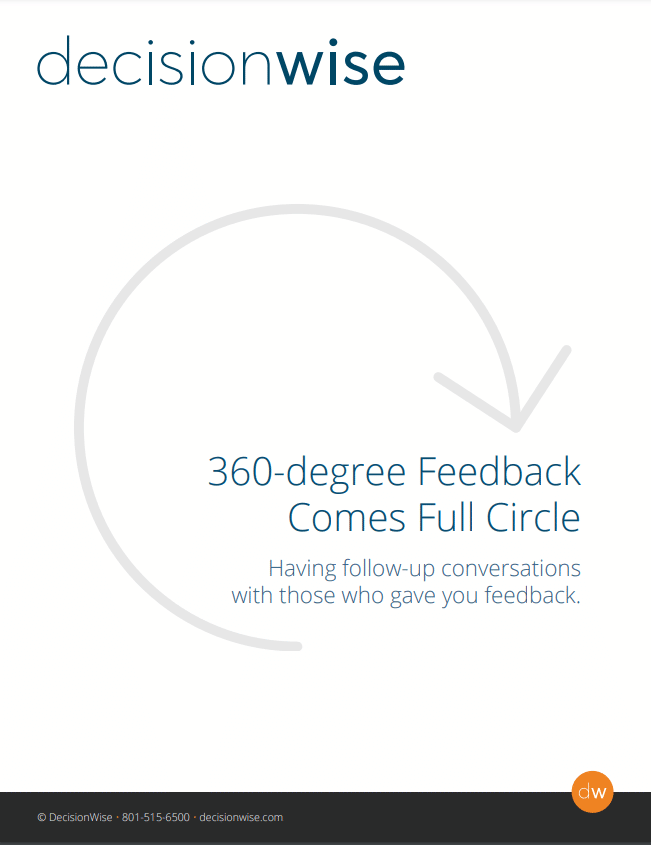 Little questions exists that 360-degree feedback has now moved to common practice in most organizations today. What was once considered “cutting-edge” is now a staple of many organizational development (and appraisal) practices.

Unfortunately, while 360 feedback tools (technology) have made significant advances over the past decade, many organizations fail to take advantage of the power that multi-rater assessment has when furthering organization feedback. To these organizations, 360 is a way of gathering and acting on data—a significant accomplishment, really, in itself. However, 360 feedback provides an opportunity for leaders and organizations to create a culture of feedback rather than simply creating an annual feedback event.

The 360 survey process opens up an opportunity for dialogue, which otherwise might not take place. A 360 survey gives “permission to discuss the undiscussable.” However, many participants fail to close the feedback loop.

Rather than using the 360 process as an opportunity to gather continued feedback, they view the 360 report as an end in itself. They fail to close the circle with those from whom the feedback was received—it’s simply a one-way exchange of information (rater to ratee) with little further discussion about the feedback results. In doing so, survey participants miss out on an important part of the value of 360-degree feedback.

We recommend that those receiving feedback close the loop with their raters. This means going beyond simply acknowledging one has received feedback (many participants fail to even acknowledge the feedback their raters provided). Closing the loop means having additional conversations with raters about the feedback in an attempt to fully understand perspectives and gather ideas around actions.

Often, when we suggest that 360-degree feedback participants circle back with their raters, it brings up a state of hysteria amongst HR professionals and managers. “What about confidentiality?” is the first question that is nearly always brought up. This is an important point. If done incorrectly, expecting feedback recipients to speak with their raters after they receive feedback results could create some angst, and might potentially give the perception that the multi-rater feedback is not actually confidential, as claimed.

To avoid creating confidentiality doubt or other similar concerns, we recommend a four-step process. This dialogue can be one-on-one, with a team, or a combination of the two. Having a copy of the actual 360-feedback report in hand when you have the conversation is helpful, as the conversation becomes a constructive discussion of the report.

STEP 1: THANK RATERS FOR THE FEEDBACK

Let your raters know you appreciate the time they took in providing the feedback, and that you value their feedback.

STEP 2: ACKNOWLEDGE WHAT IS WORKING

Some people leave the responses to positive feedback completely out of the rater- ratee conversation; however, your raters need to know that you saw more than just the negative or redirecting elements of the report. They need to know you saw both sides of the balanced feedback they provided. Otherwise, they will assume you only picked out part of the feedback they gave you.

“According to the feedback, I am doing some things well. One of these that I was happy to see was related to setting and communicating the strategy of this team. My 360 report shows that, for the most part, my raters feel that I am doing a good job setting team direction and ensuring that we all understand where we are going. This was good to hear, as it’s something that I consider a critical part of my role. Thank you.”

Similar to Step 2, this part of the conversation focuses specifically on the feedback provided by others—not your interpretation of the feedback.

“I also saw a couple of areas in which my raters see I am not as effective as I could be. Although it looks like I am strong in setting strategy, it doesn’t look like I am as strong at helping translate that strategy into action plans or short-term steps. I realize now that this may be hurting my personal effectiveness, detracting from the effectiveness of our team, and could be confusing to you in terms of how to execute on the plan.”

The first three steps help the raters know they were heard, and that the feedback was valued. They also help the individual being rated clearly organize and articulate the insights gained from the report.

Asking for help is where the feedback loop extends beyond the 360-degree feedback report. It consists of three main parts:

“Based on the feedback I’ve received, I need your help. First of all, I realize that I don’t fully understand what is needed in terms of how you would like me to provide a clearer action plan for acting on the strategy that we establish. In what way(s) could I improve here, as well as give you what you need to be successful?” Allow for conversation

“I understand then, based on our conversation, that it would help you if I were to outline and reiterate some clear ‘next steps’ each time we have strategy planning meetings. Is that correct? I will commit to this. I need some additional help in keeping me to my commitments here, as I see that sometimes I miss this step. When we are ending a meeting, and you feel that I’ve left you without the next steps, would you please also commit to letting me know? If you will do this, it will help me understand right then and there that I need to pause and outline these steps. What else do you see that I need to do?” Allow for conversation.

“I also need your help in continuing to provide me with feedback on how I’m doing along these lines. Would you please help me to make sure that I’m getting this feedback on a regular basis? I need it to be more effective and realize that you need me to be better in these areas in order to help you be more effective. Will you help me with this?” Allow for conversation.

The above will obviously not apply to every situation, but the four-step framework works with most situations. For some, this four-step process takes 30 minutes or less; for others, it’s an appropriate framework for a much longer, in-depth discussion.

Adapt it to your needs, using your own words. We find that this process will not only help make the most of current feedback, but also open the loop for future feedback.