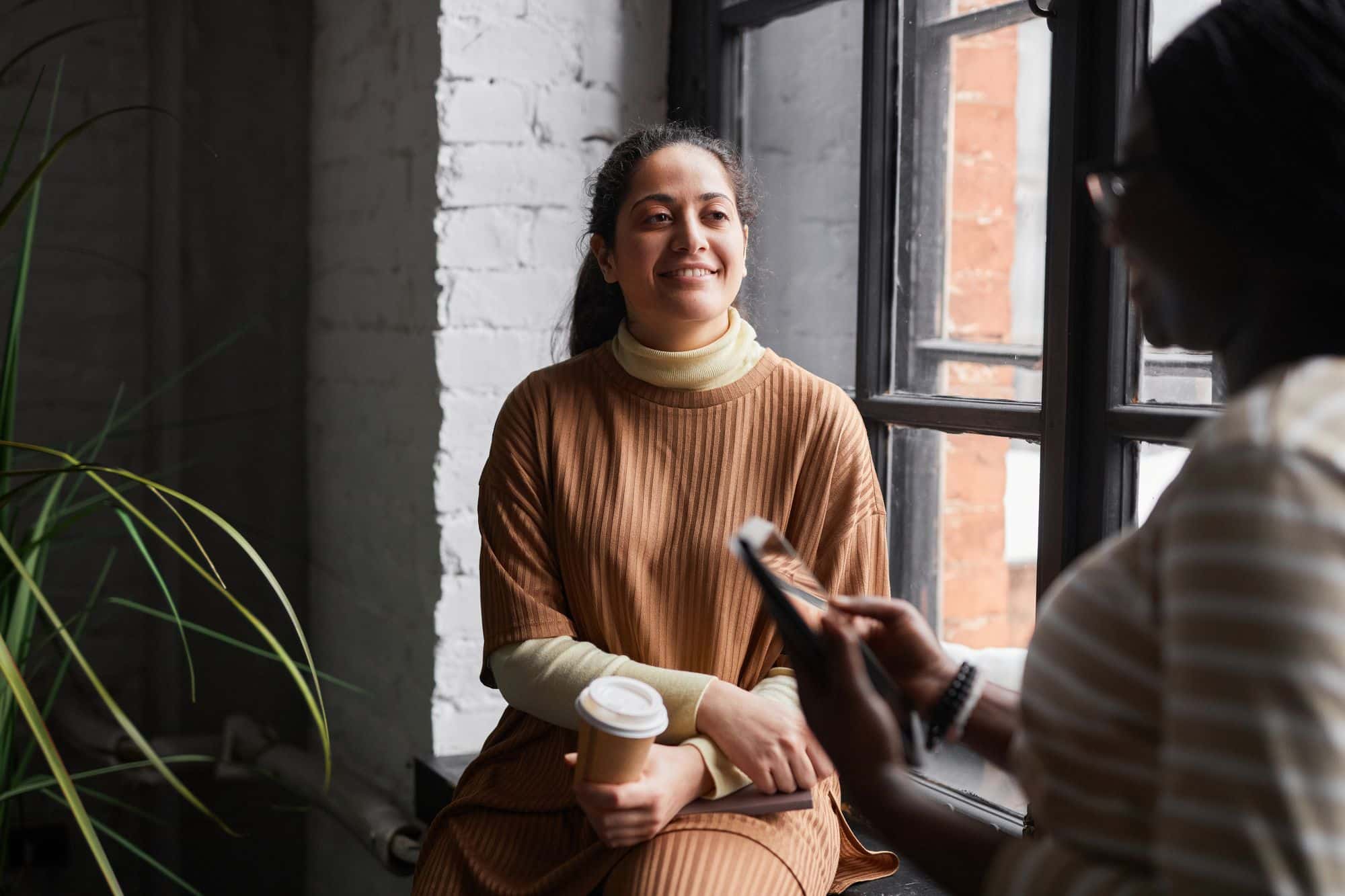 360 degree feedback acts as a catalyst for development by helping participants identify their strengths as well as opportunities for improvement. It’s an effective starting point for most leadership development programs and coaching engagements. But when 360s are considered in an organization, there is often some pushback. We’ll describe the common reasons for 360 degree feedback and list the numerous benefits for the individual, team, and organization.

Why 360 Degree Feedback is Important

Most leaders live in a feedback vacuum. As they advance in an organization, fewer people are comfortable telling their leader what they are doing well, let alone giving them an entire performance evaluation. Some leaders don’t appreciate criticism and see 360s as a way for colleagues to undermine them. Others feel they are very self-aware, are open to the feedback process, and see no reason to formalize the process. We’ve heard it all: “Why do I need feedback? Can’t I just ask others instead of taking an assessment?” or “I have an open-door policy; I already know everything I need to know” or even “I’m doing just fine without knowing!”

360 degree feedback creates a confidential and comprehensive way to provide important information and different perspectives to leaders that they would likely never receive otherwise. And it goes beyond the individual benefits of personal development. Team dynamics improve, peer relationships become stronger, and the organization is able to reinforce a consistent manager experience for employees. But getting managers to see these benefits can be difficult. Let me describe the ideal process before we outline the benefits of 360 feedback.

What Is a 360 Degree Feedback Assessment?

A 360 degree survey normally includes a list of 50-75 behavior statements (questions) organized into 10-12 competency areas. An employee’s manager, direct reports, and peers answer the questions based on their experience working with the person. The scores are averaged by group to protect the confidentiality of the participants and give anonymous feedback amongst the raters. Only the self and manager scores are shown individually. The report clearly shows high and low scores and differences in perceptions between groups on actionable behaviors.

When done correctly, there are eight clear benefits of 360 degree feedback:

The philosophical concept of Naïve Realism explains that each of us thinks we see the world directly, as it really is. We also think that what we see is what everyone else sees. The 360 degree feedback process exposes us to others’ perceptions about our behavior. Fortunately, participants find that most of their multi rater feedback is consistent with their own expectations. There are few surprises in the report. Surprises are sometimes slightly lower scores from one group of raters (i.e., peers) on a behavior that the participant considers to be a strength. This causes some reflection to determine if the individual is acting consistently with that group. Even if the participant disagrees with the score, it is beneficial to know how they are perceived. Positive surprises take the form of multiple high scores in the report that show how others recognize the contribution the individual is making as a leader.

Because a 360 degree survey can include ratings on 50-75 behaviors, a person will receive very specific insight into how they interact with others. Many times, participants are exposed to behaviors and interactions that they have not considered before, such as: “Inspires in others a sense of purpose for the work we do.” This level of detail expands the range of possibilities when deciding on growth opportunities. We also find patterns in the feedback system. For example, an individual may score high on results orientation and planning and organization but has a tendency to micromanage. The amount of information in a 360 report allows the participant to see helpful themes emerge from the results.

Leaders are ultimately held accountable for achieving results and the methods used to succeed are often overlooked by their bosses. 360 degree feedback measures how you interact with others which ultimately drives success. When debriefing individuals on their 360 feedback results, I often ask them which competencies will be most important to them to meet the challenges they face this year. Many times, participants discover through this review process that topics such as collaboration, thinking more strategically, or developing their direct reports are key to their future success. Putting more of a focus on these competencies will actually help drive better results. Conversely, too much emphasis on results while ignoring relationships and work-life balance will lead to burnout and turnover on the team.

Most people identify three or four areas that need more clarification in their 360 report. For example, someone might want to know why their boss rated them lower on delegation when their direct reports scored them high. We recommend that the participant follow-up with their manager to review their findings and align on expectations. This is the type of dialogue we hope that 360 feedback invites. It is also valuable to speak with a trusted peer or direct report to gather more information. We always say that 360-degree feedback is only the beginning of becoming a better employee or leader. The follow-up conversations often provide more insight than the report itself. 360 degree surveys “break the ice” in feedback-poor environments and create a culture where open performance conversations are valued and encouraged.

One of the vital behaviors in a relationship is reciprocity – a mutually beneficial exchange. Performance feedback is something that is often one-sided (as in a supervisor/direct report relationship) or altogether missing (peers don’t feel it is their place to say anything). Fundamentally, 360 degree feedback shows you how you interact with others and highlights areas that impact relationships. Do you communicate clearly with others? Are you open to constructive feedback? Do you treat people with fairness, dignity, and respect? For example, you may recognize a need to strengthen relationships with your peer group as you lead a cross-functional change this year.

Personal development is the main outcome of a 360-degree feedback process. Ideally, participants create a development plan based on their feedback. Leaders typically possess a natural element of drive and ambition or they wouldn’t be where they are. Most leaders have some level of self-awareness regarding their strengths, weaknesses, and appropriate leadership behavior. But honest and specific feedback is necessary to test one’s perceptions, recognize previously overlooked strengths, and expose blind-spots. Even the best of leaders have something they can work on. 360 degree feedback helps leaders to fine-tune their behaviors and prioritize areas of focus. It’s an incremental and deliberate growth process.

The enemy of accountability is ambiguity. The more vague something is, the harder it becomes to hold people responsible, which is one of the keys to promoting positive change within any organization.

You can’t tell someone to “be a better leader” or “demonstrate company values” without providing specifics for what that means. The individual you’re telling won’t know what to do with that information. 360 degree feedback assessments drill down to those specifics. They clarify behaviors which then allow you to make a legitimate judgment on whether a person demonstrated the behavior or not. This, in turn, creates accountability for those behaviors. The competencies and behaviors in a 360 degree review survey become the standard that leaders strive to model. They also create a consistent expectation throughout the organization of what good leadership looks like and reinforces the organization culture.

All the previous bullet points lead to this final, and arguably most important, benefit of 360 degree feedback, improving employee performance. 360 degree feedback is one of the most powerful tools in your arsenal. But it is only effective if participants are provided the proper support and held accountable to their commitments to change. It makes little sense to take a 360 feedback survey without a clear idea of how to use the results. This means that managers should follow-up quarterly with participants to discuss their employee development, giving them continuous feedback. Additionally, follow-up 360 surveys after 12 months provide a post assessment to measure growth and encourage participants to stick to their development plans.

360 degree feedback will benefit you and your employees

This list describes many of the personal benefits associated with 360 feedback. Implementing a 360 degree feedback tool is a great way to accelerate your personal development or that of your employees. Through honest feedback and constructive criticism, a 360 assessment will provide you with valuable insight that you wouldn’t be able to get otherwise.