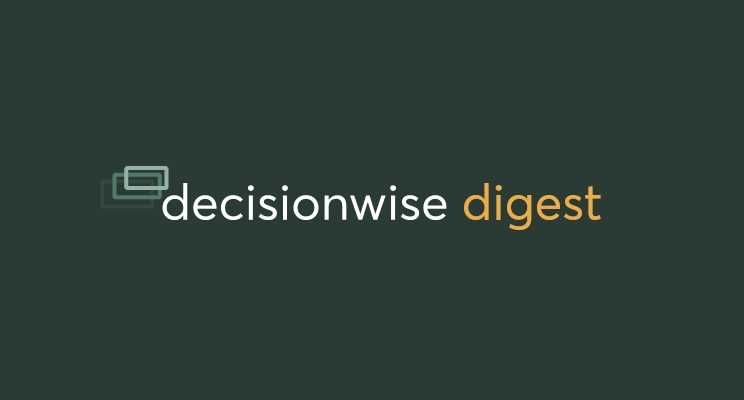 Today, we want to explore the intersectionality of humility and leadership. At DecisionWise, we know that learning, personal growth, and humble leadership all start with self-awareness. What can the following nuggets teach us? 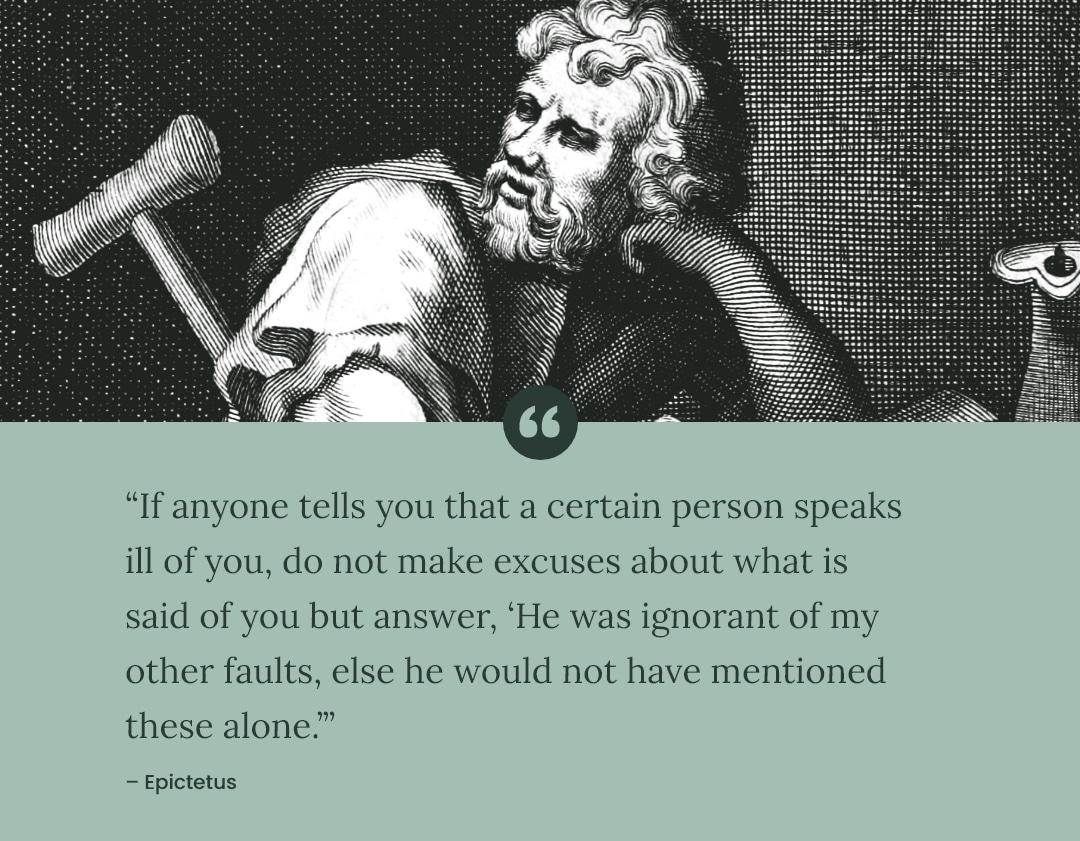 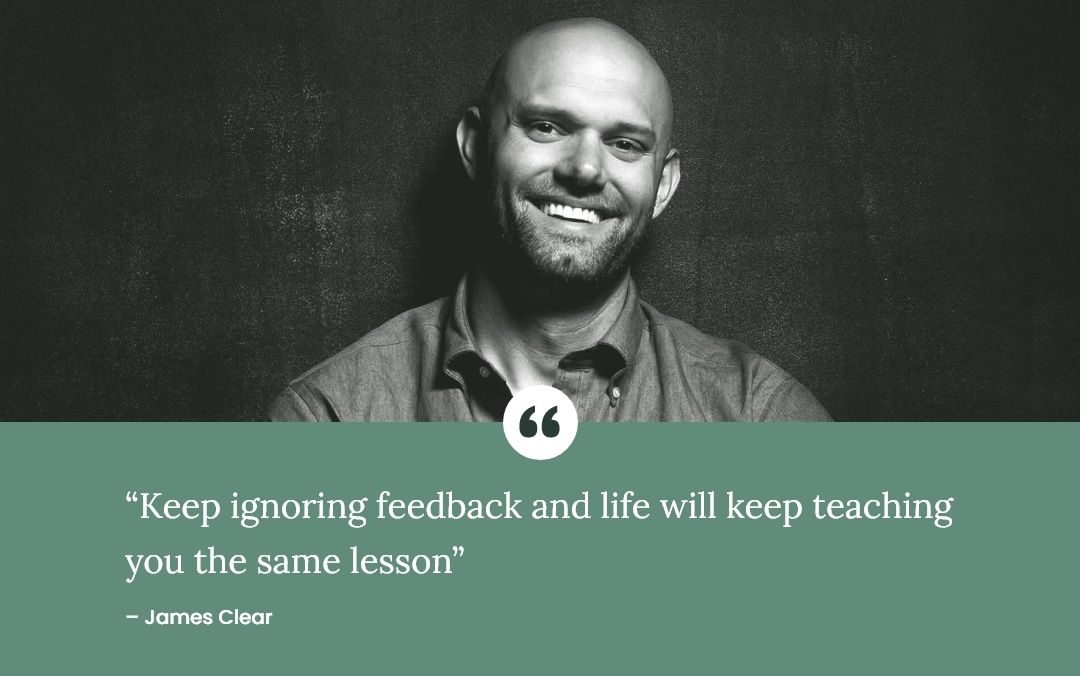 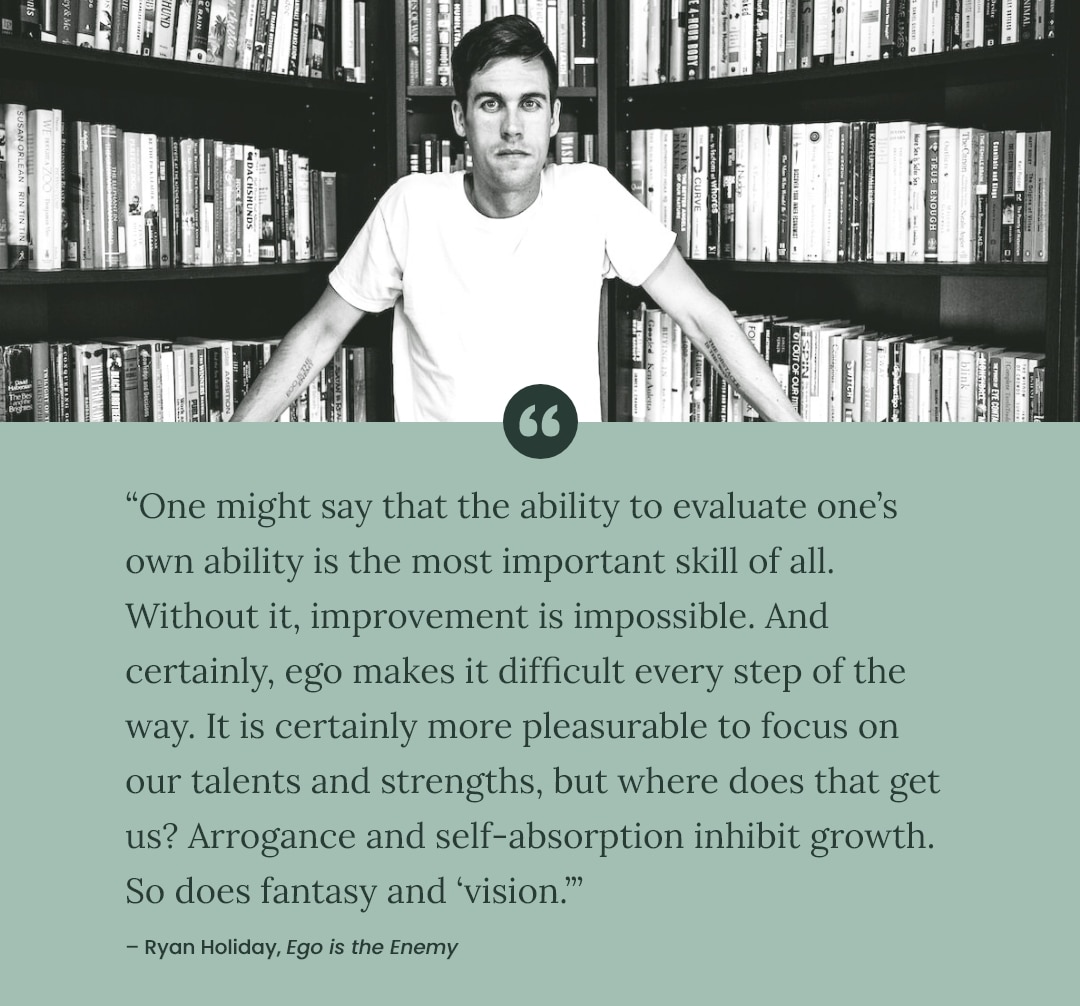 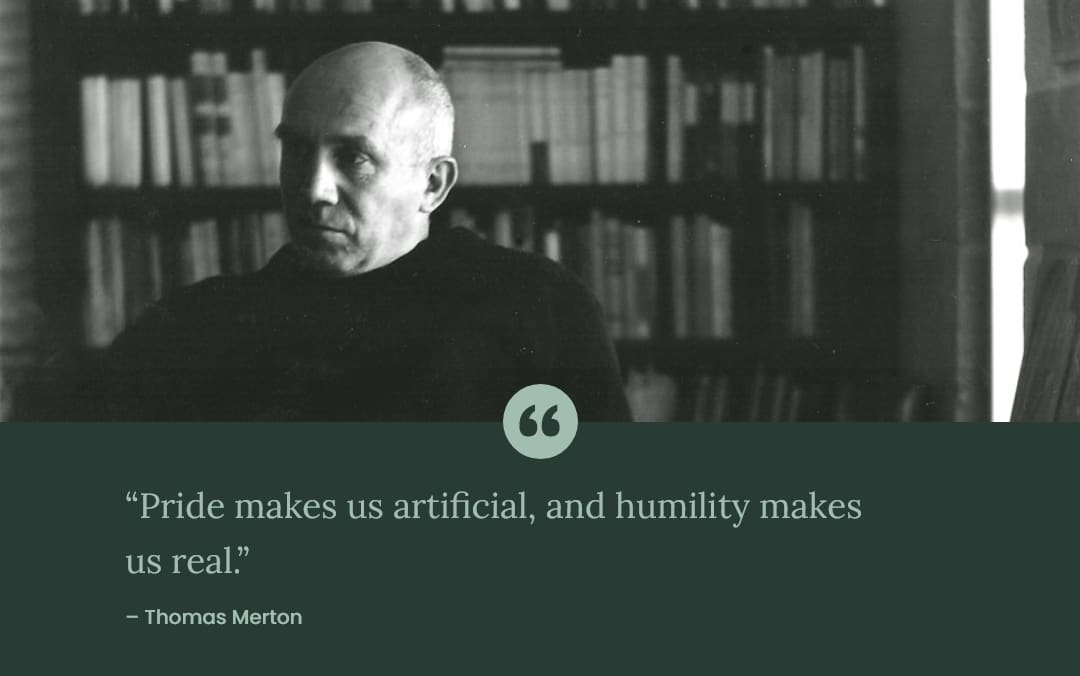 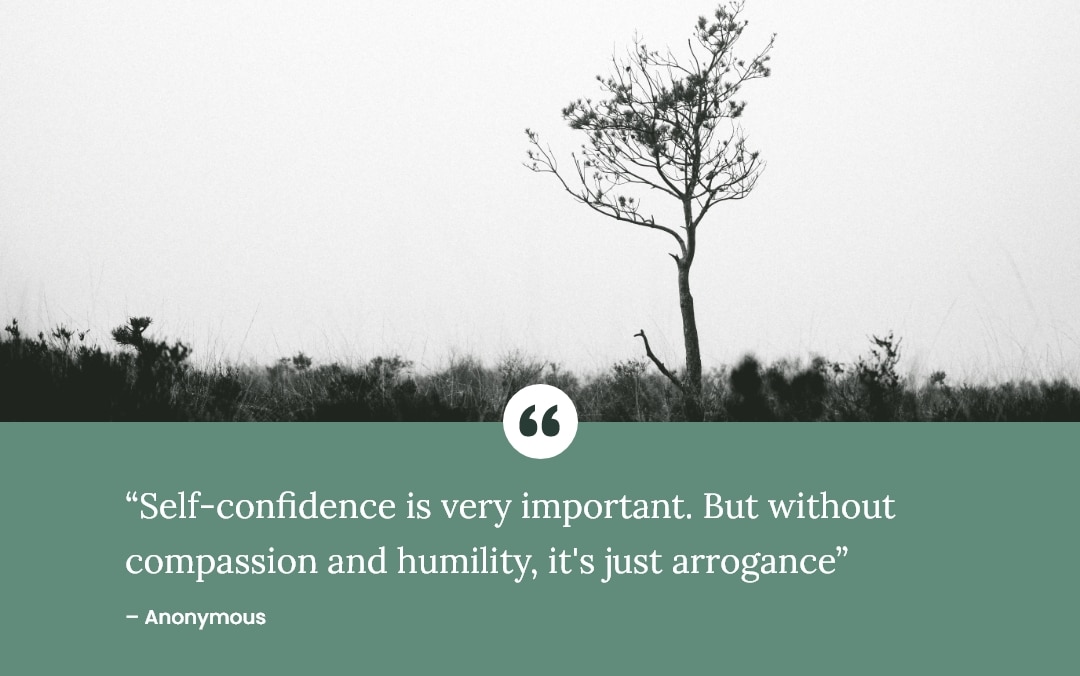 Brilliant in the Basics

What does it mean to lead authentically, and how important is it? Of course, authenticity is crucial. People do not follow strategies or PowerPoint presentations; they follow real-life human beings, particularly those with whom they have a relationship. Today’s Brilliant in the Basics examines the role of self-awareness in assisting leaders to become more authentic and effective.

I try to read HBR on a regular basis, and one article has stuck with me the most over the last five years. Indeed, it is the most common piece of advice I give. The article’s title speaks for itself: Self-Awareness Can Help Leaders More Than an MBA Can, by Rasmus Hougaard, Jacqueline Carter, and Marissa Afton.

The authors tell the story of a brilliant, well-trained leader who knew his way around strategy and spreadsheets but was completely unaware of what was going on around him. People disliked working with him, so his ability to deploy his strategies through and with others was limited. What good was all this talent if it remained encapsulated due to a lack of self-awareness?

We know that the solution to this leadership challenge is to use 360 Degree Feedback effectively and consistently. We are issuing a challenge to executives in organizations of all sizes for the month of November. Schedule and complete a 360 Degree Feedback Assessment to help you identify your blind spots and better understand what it’s like to work with you. This activity will help you grow more than most other things you’ve tried in the past.

The good news? We will cover the cost of the assessment. Some limitations apply and quantity is limited to the first 50 people who sign up.

Offer starts today and ends on November 4th! Sign up now to try it out!

Featured Discussion: A Case Study on How to Effectively Use 360 Degree Feedback with Senior Leaders

In October, we are focusing on assisting talent management professionals in effectively deploying 360 Degree Feedback Assessments (360s) for their executives and top-level leaders. It can be difficult to assist this group in getting the most out of 360 Degree Feedback, but the rewards and benefits are often greater when dealing with senior-level professionals. Senior leaders are the first to recognize and act on development opportunities.

For a detailed discussion on best practices when using 360 Degree Feedback for the C-suite, please view our most recent webinar:

As we frequently argue, 360 Degree Feedback is one of your most effective development tools, but not when used in isolation. When used as part of a group or cohort, a 360 is most effective. Take a look at the following case study.

Tanya worked as the chief revenue officer for a mid-sized technology firm. Tanya had been with her company for about three years, and Amy, the CEO, felt she was reaching a plateau. Amy hoped Tanya would eventually replace her and believed Tanya had much more to offer.

“The higher you move up in an organization, the less feedback you receive and the feedback you do receive is often less meaningful.”

So, Amy, knowing the importance of feedback in effective leadership, thought 360 degree feedback would be an excellent way to help Tanya identify areas for improvement and refocus on her strengths. Amy, on the other hand, didn’t want Tanya to feel singled out, and she wanted the feedback to be both helpful and genuine. So, she created a 360-degree program for her entire “C” suite. This initiative would solicit feedback from seven people, including Amy.

Amy divided the process into three phases: preparation, administration, and action planning. During the preparation phase, Amy focused on explaining how the process would work and who would see the results, emphasizing the importance of taking the process of giving and receiving feedback seriously. She explained that the feedback would be seen by two people: the leader going through the process and herself. In Amy’s case, she would share her own 360 report with the organization’s two co-founders.

Amy also stressed the importance of having someone guide the leaders as they began action planning. Feedback can be tough, and sometimes our natural emotional responses get in the way. Amy hired an independent executive coach to debrief each leader on their feedback and work with them during a few follow-up sessions. Amy knew the importance of the debrief process in assisting leaders in processing their emotions and moving forward to acceptance and action planning.

After preparing her team, she carried out the administration process over a three-week period. Each leader was given seven invitations to give feedback, six to review their peers along with Amy, and one to provide their own self-evaluation. These leaders also received feedback from Amy, one of the company’s founders, and their direct reports. Following the three-week period, the results were tabulated and distributed. Amy used the group reporting function in the 360-software platform to see identify strengths and areas for improvement within her team.

As the group moved into the action-planning phase, each leader met with an executive coach who debriefed them on their feedback individually. Tanya’s executive coach worked with her to overcome the perception that she was overly cautious and slow to make decisions. Tanya’s coach also advised her on how to increase her strategic influence by delegating more of her day-to-day responsibilities to her staff, freeing up time to work on new ways to boost top-line sales.

Amy also met with an executive coach who debriefed her on her results, and they spent 15 minutes with each of the other C-suite members discussing their developmental goals and how Amy could support their individual efforts.

Amy now had a framework of initiatives and discussion topics she wanted to pursue with her team over the next three to four months, thanks to the insights from the coach’s interviews and the group reporting results from the software platform.

She also discovered that she needed to devote more time to mentoring Tanya and that Tanya wanted more feedback from her. She is now devoting an hour per week to mentoring Tanya one-on-one and collaborating with her to think through the strategic challenges that must be overcome in order to drive revenue growth.

This simple fable is a composite of hundreds of real-life experiences I have had with leaders. When used correctly, 360 Degree Feedback is an incredibly effective tool for leadership development.

Do not wait to deploy the power of 360s.

We invite you to join the LinkedIn groups we moderate. We know you will find value from the many contributors. 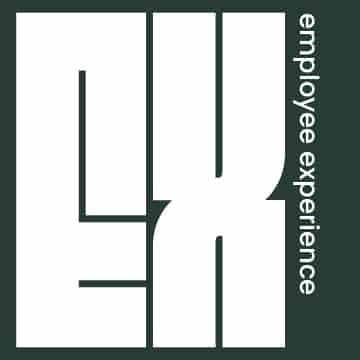 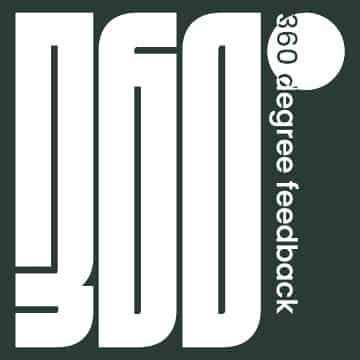 In case you missed the live version, here is a recording of our October webinar!

Here are some other great tips and resources from the past two weeks, curated to save you some time.